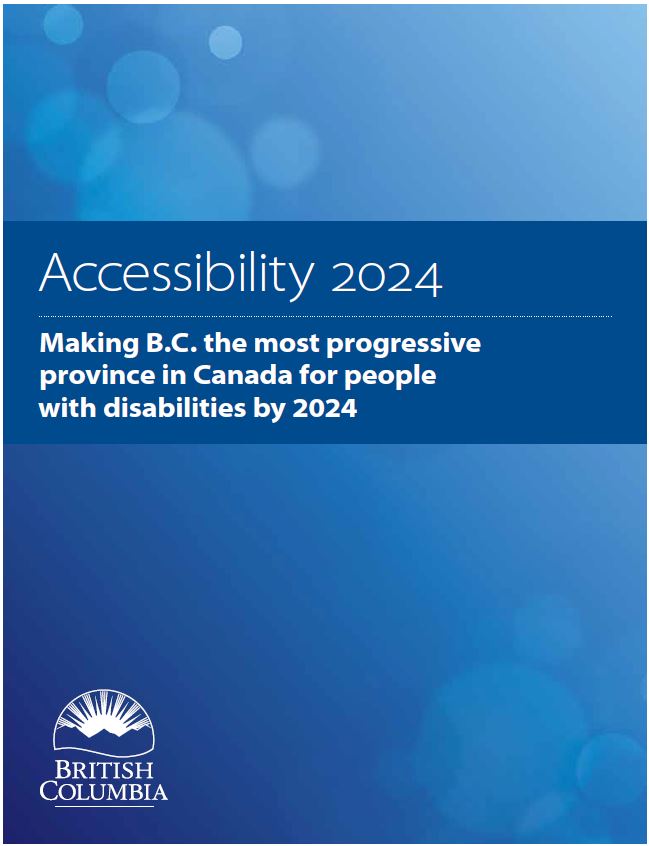 Disability Consultation Report: Moving Together Toward an Accessible B.C. (2014)

Accessibility 2024 began with a public consultation from December 3, 2013 to March 11, 2014, which is summarized in the Disability Consultation Report: Moving Together Toward an Accessible B.C. Responses were grouped into 12 building blocks to guide the province's accessibility strategy, including Employment, Consumer Experience, Inclusive Government and Communities, Financial Security, Income Support and Accessible Service Delivery, Internet, Housing, Transportation and Built Environment. Over the coming years, the Government of British Columbia intends to engage the disability community, their friends and family, local government and the business community to identify action items that will help the province to achieve its accessibility goals by 2024.