Commission for the Review of
Social Assistance in Ontario 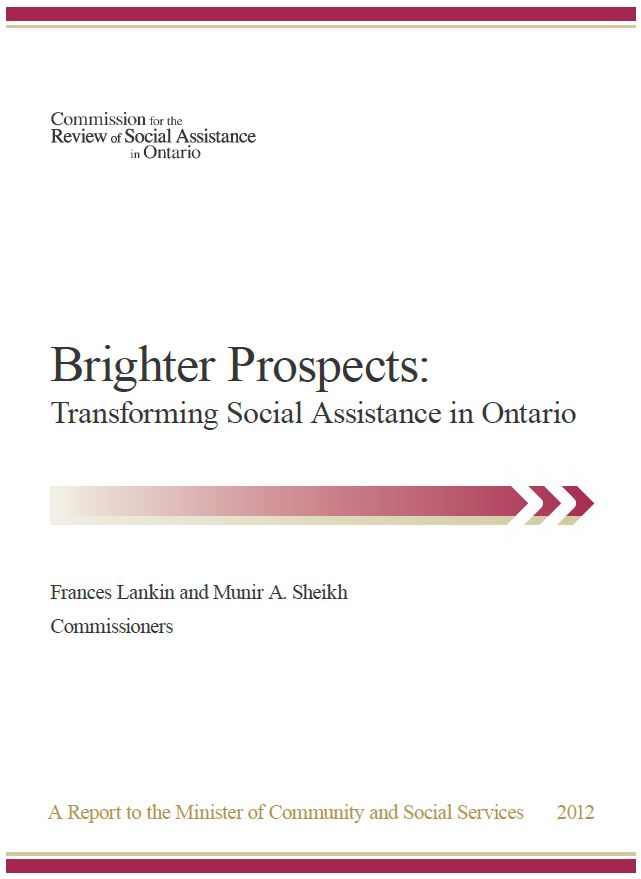 The Government of Ontario's plan to conduct a review of the province's social assistance program was announced in its 2008 Poverty Reduction Strategy, Breaking the Cycle. Two years later, the Commission for the Review of Social Assistance in Ontario was struck, and Frances Lankin--a former MPP and former President and CEO of United Way Toronto--was appointed as Co-Commissioner along with Munir A. Sheikh--a professor and former Chief Statistician of Canada with experience as both Associate and Assistant Deputy Minister in a variety of federal government departments.

In 2012, Lankin and Sheikh released the Brighter Prospects report, containing 108 recommendations on how Ontario Works and the Ontario Disability Support Program could improve users' access to simplified services, ensure the provision of adequate benefits, facilitate labour market engagement and interact with other provincial, municipal and federal programs in a way that optimized client outcomes.