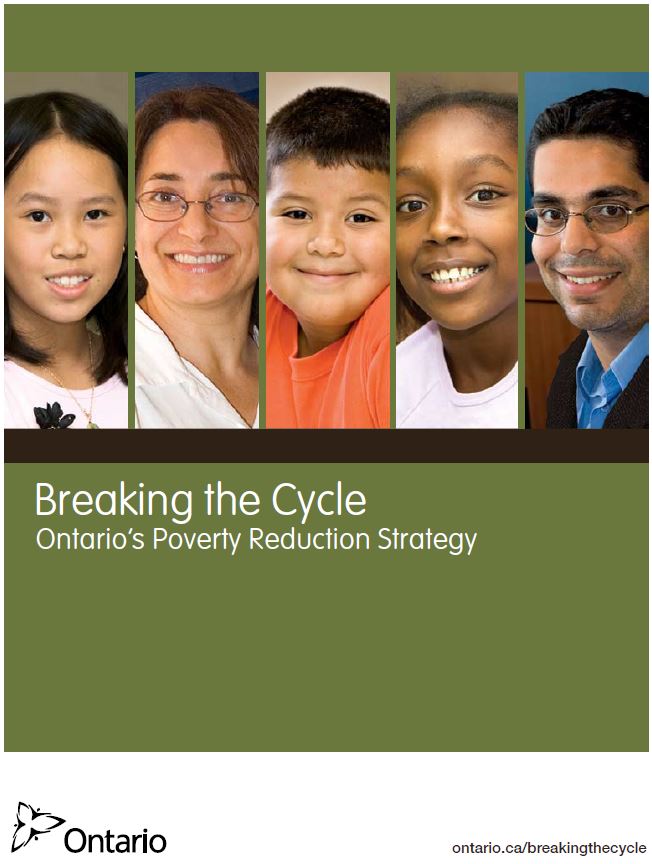 Announced in 2008, the Ontario Poverty Reduction Strategy endeavored to reduce the number of Ontarians living in poverty by taking specific aim at the intergenerational cycles that perpetuate it. The strategy’s core goal was to reduce child poverty by 25% over the course of five years, and called specifically for the increased coordination of programs to help those living in poverty to access necessary services.

While focused primarily on Ontario’s youngest citizens as opposed to individuals with disabilities, the Ontario Poverty Reduction Strategy laid the foundation for the Commission for the Review of Social Assistance in Ontario, which focused extensively on the need for improved coordination between the Ontario Disability Support Program (ODSP) and other provincially- and nationally-delivered income supports.