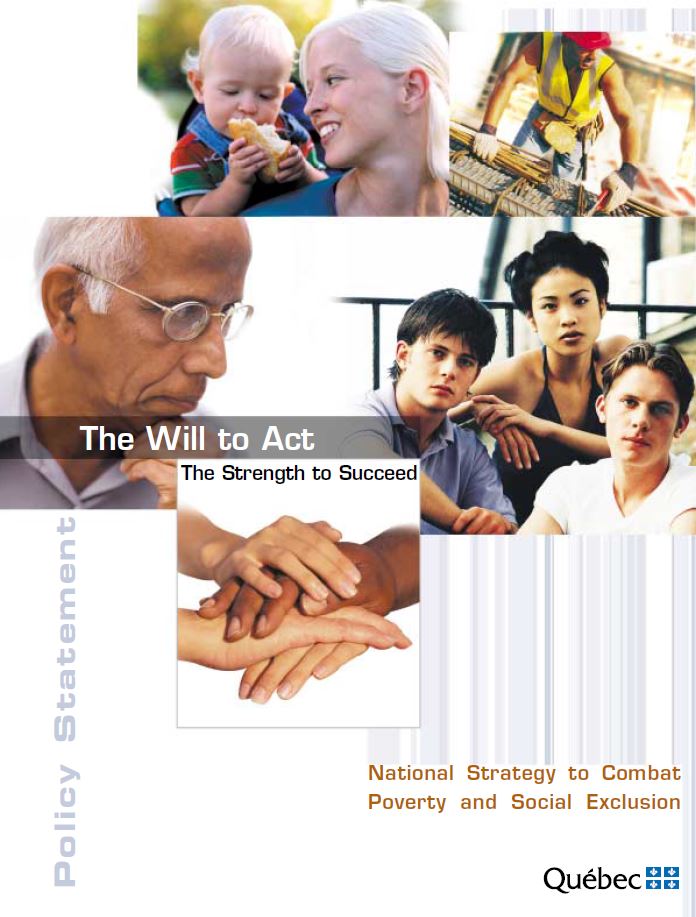 Collective for a Poverty-Free Québec

The Will to Act, The Strength to Succeed: National Strategy to Combat Poverty and Social Exclusion (2002)

Reconciling Freedom and Social Justice: A Challenge for the Future (2004)

Québec is the only province in Canada that has actually passed legislation to eliminate poverty and social exclusion among its citizens. The Act to Combat Poverty and Social Exclusion was passed in 2002 after extensive campaigning by the Collective for a Poverty-Free Québec, and public hearings held by Québec’s Committee on Social Affairs.

Between 2005 and 2010, the Government of Québec released annual Progress Reports on the impact of the legislation, many of which emphasize the importance of intergovernmental cooperation and coordination, and contain specific reference to the unique challenges faced by Québec’s citizens with disabilities.